We have wide variety of products made of volcanic stones found in our Islands.

The Olivina is a semi-precious stone; a magnesium iron silicate that is found very frequently in ancient jewels and religious ornaments. For centuries it was confounded with the emerald because of its brightness and green color. The Olivina appears mostly on the island of Lanzarote.

The Obsidian, is another stone of volcanic origin formed by the rapid cooling of the lava. It was also used since ancient times in jewelry, but the most striking use of this stone by the Guanches was in the form of knives or spearheads. 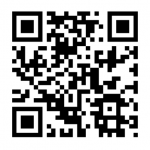